For the Hilversumsche Golf Club, 2010 was dominated by the centennial. A hundred years ago the golf club acquired legal status. But its roots go back much further, according to various sources.

Golf activities began in 1893 at The Haagsche, 1894 at the Serbian (now the Pan), 1895 the Rosendaelsche and the Hilversumsche as evidenced by a photo from 1896.

Initially, the golf game was in the pioneer phase and practiced under primitive conditions. That certainly applied to the Hilversumsche. The first course, located next to the former gasworks in Hilversum, was in very poor condition. That was hardly better after moving to a site near the Crailoose Bridge in 1912, where the course was located until 1922. However, at the second location, the club had a decent clubhouse and even a telephone. Fairways and greens were formed by clearing areas of heather. Grass seeding was too expensive, and was used sparingly. The result was that on the hard, bare ground, the ball rolled very far unless a twig or other obstruction got in the way. For example, such obstacles were clumps of grass here and there that is how the fairways started. These clumps of grass were allowed to remain to prevent the ball from rolling so far.

The members were determined not to let themselves be discouraged by the sparse surroundings in and around the course. There was intensively practiced and played, as witnessed by records from 1916, lessons with the professional Hill (606) and rounds (4360). The membership grew to over one hundred, which gave rise to expansion from 9 to 18 holes. Course improvement plans were delayed as a more attractive location was sought and found on the Soestdijkerstraatweg. Initially the course was planned on the north side of the Soestdijkerstraatweg on the estate, Heidepark, owned by the van den Wall Bake family; but those plans fell through as the family was against having a sports club on the premises because that would result in booing and shouting on Sunday and the influx of the general public

Instead, an area was leased on the south side of the road in the vicinity of the original site. In the meantime, the land is now owned by the Golf Club. In 1922, 9 holes designed by Henry Burrows (who was a pro at the Doornsche) were developed and put into use. The new design brought an unprecedented advantage: grass on the fairways and greens! Burrows used his “local knowledge” of his own creation to attract the Open Championship Netherlands later simply the “Open”), to the Hilversumsche in 1923. A few years later (in1926) further land acquisition made possible the expansion to 18 holes. The, then famous golf course architect, Sir Harry Shapland Colt designed 10 holes on newly acquired land, which have been in use since 1928 . We know them now as holes 3 through 7 and 13 through 17 . Renovation to the course in 1954 ,1965 and 2009 have had little influence on these holes, so that the original lines and elements of Colts vision can still be clearly recognized.

In 1929 the “Open” was first played over 18 holes at the Hilversumsche. The sports magazine, The Corinthian, did extensive coverage of the event.

With the expansion to 18 holes, the course became located in two provinces, Utrecht and Noord Holland. The dividing line is the Dutch Sloot, the dirt road that runs from Kievitsdal to Boschoord Great. This situation provides the special opportunity on the 2nd hole for the ball with a firm slice to leave North Holland and come down in Utrecht. From the 3rd hole is the opposite possible.

In 1933, a beautiful thatch roof club house, designed by the architect J. Baanders, was built. It replaced the old wooden clubhouse, which was relocated from Crailoo which had perished a year earlier in a fire.

The Club made it through the war years relatively unscathed. Other clubs, particularly in the coastal region, sometimes fared much worse. A German Air Force officer stationed at airport Loosdrecht, had asked and received permission to be allowed to discreetly play at the Hilversumsche.

He abstained contact with members or use of the clubhouse. In return for playing privileges, he was able to prevent the course being used for military purposes and for chopping of wood. Understandably, after the liberation, Canadian officers were more hospitably welcomed to play. In return they deployed army tractors to restore the course. They also established affordable meals and drinks in the cantine (whiskey, soda for a quarter). As a result club life was able to recover quickly.

Golf in the Netherlands was hardly in the spotlight. By 1960 there were about 3300 players and players and twenty clubs. In 1960 The Hilversumsche reached a membership of 300, about 100 more than 25 years earlier. The membership fees were not sufficient for necessary investments in machinery and especially irrigation. The Board gave the members the mandate to recruit new members in their circle of acquaintances. One of the ladies recruited 3 new members and was rewarded with a floral bouquet.

In October, 1965 the Club was once again victim of fire and the clubhouse was destroyed. A new club house with a contemporary design by architect H. Friend was built and has been in use since 1968.

In the 1970’s interest in golf began to emerge in The Netherlands, and also in the Gooi. In the following decades golf enjoyed explosive growth to become the third sport of the country and is on its way to 350,000 players. The Hilversumsche has also benefitted from this spectacular growth. Flowers from the Board are no longer needed to attract new members as ample numbers of potential new members abound.

As a frequent host of the “Open”, the increased appeal has been seen with the flow of spectators, rising to well above 10,000 on peak days between 1994 and 2005. The “KLM Dutch Open” returned to The Hilversumsche in September 2012 for the 25th time. That in itself was an anniversary and a nice measure of the changes the course, by architect Kyle Phillips, has undergone. 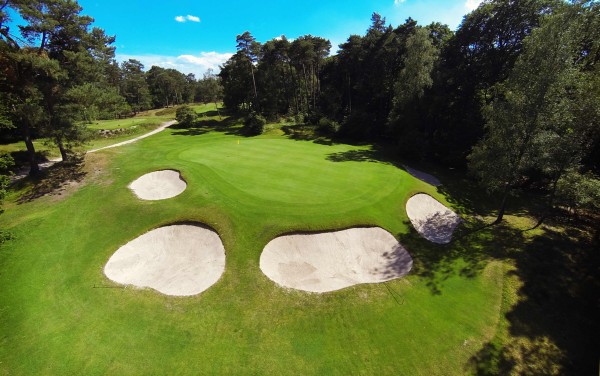 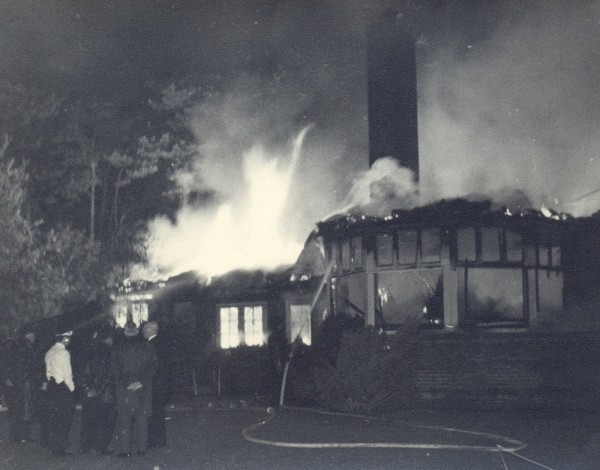 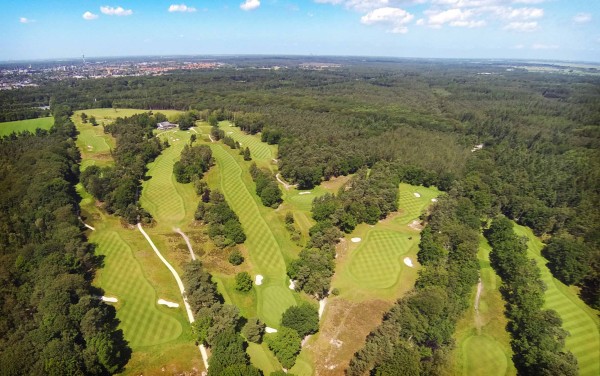